A downloadable game for Windows, macOS, and Linux

Pixurvival is a mega sandbox in a pixelized world.

You have two ways to enjoy the game:

With the editor, you can import your own tiny images, and set almost everything: items, crafts, spells, map elements, creatures, including their AIs, without any IT skills.

The game is focused on both multiplayer and solo, farming, surviving, combat mechanics, and more things in the future (RPG, factory...). It is already ready for "survival" game modes, beat 'em up, battle royale-like and more!

The included "Vanilla" content, was made with the content pack editor itself, it has for main role to showcase what it is possible to do, and makes the game playable "as is", with game modes including cooperative survival and battle royale.

Refer to the page Controls and commands to learn controls and optionally the available commands. Some control keys are shown in the in-game UI as a reminder, in yellow. You can also see and change all the control keys in the pause menu of the game (by pressing ESCAPE).

How to play together

If you simply want to play with friends, you can use the "Host & Play" button of the multiplayer menu, share your IP address shown in the screen to your friends, they will be able to join your game using the "Join" button of the multiplayer menu, using your IP address.
Important note: If you have an intermediate router between your PC and your internet router, the IP shown in the Host & Play menu will be the wrong one, and you will probably have to setup port forwarding manually.

If you want to run a dedicated server, do as follow:

Known bug: Some players experience a black and empty world when starting a multiplayer game, to solve this, quit the game and reconnect to the server, with the exact same name.

If you have creativity to express, you can create your own content with the editor. The editor is intended to be intuitive, but there is too much to say to for this page, refer to the tutorial Getting started with the ContentPack editor. If you want to customize the procedurally map generation,  read this tutorial.

Join the community on Discord!

Download the zip file, unzip it, and run pixurvival.jar. you should have java installed

Hello, yes you can, never tried with Hamachi but it should work

Of course you can!

This would be a great mobile game

I thought about that, but the problem is the sizing, things are very small, and zooming in would risk to destroy the player experience by an unpleasant feeling of "blindness". Maybe there is a solution but i haven't found it yet.

Working on this potential :)

This game is fun to play and the control scheme isn't crazy like some other games making it a fun experience.But i have been having problems where it won't boot the application when using openJDK.

Thanks for your comment and your report! I have an idea of what's going wrong with a third party lib.

It requires Oracle Java right? just want to get it working on my Ubuntu computer.

Edit: I tried to run the game with the Open JDK 13 and it worked, which version of the jdk did you used?

Edit 2: I also tried 13 right now so it might be a problem with my computer

Yes it seems to be a problem with your computer, the error message "Inconsistency detected by ld.so" have something to deal with a corrupted library file in your installation 😮

Great little game. It reminds me a lot of Minicraft, (the 2D Minecraft styled game Notch made during a game jam in 2011). It's a simple little top down game where you try to survive as long as you can.

It's quick to pick up and play in contrast to Minecraft and other games like it that require a larger time investment. It feels reminiscent of a retro arcade game, the only goal is to survive as long as you can. Your "score" is your total survival time. It might evolve from this as time goes on but for now if you want a simple, pick up and play experience in a randomly generated world ala Minecraft, you'll enjoy this game.

It even comes with mod tools out of the box to make your own mods. I made my own custom player sprite in a matter of minutes with the mod tools bundled with the game, but you can tweak just about every aspect of the game with them. These tools are a great addition and definitely add a lot replayability to the game.

The game also runs great on low end PCs. I have a really low end machine, an HP Stream 14, and it runs on it without any performance issues at all. I've also experienced no crashes or bugs yet, even in this early build of the game. I'd recommend this to anyone looking for a survival sandbox game without the huge time investment. It makes a great alternative to any games like it you currently play due to the pick up and play nature.

Yes I've focused on performance since the beginning of the project, in fact I also use, sometimes, a very low end laptop to develop the game, and yeah I'm always surprised to see how lite is the game! The fact that I made my own custom engine is probably the main explanation. 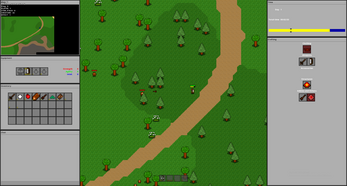 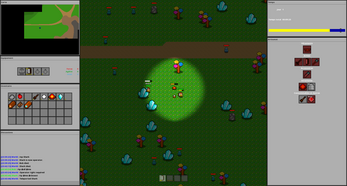 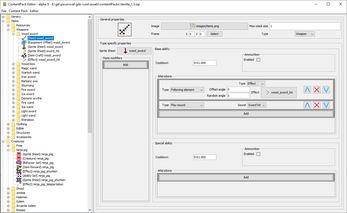